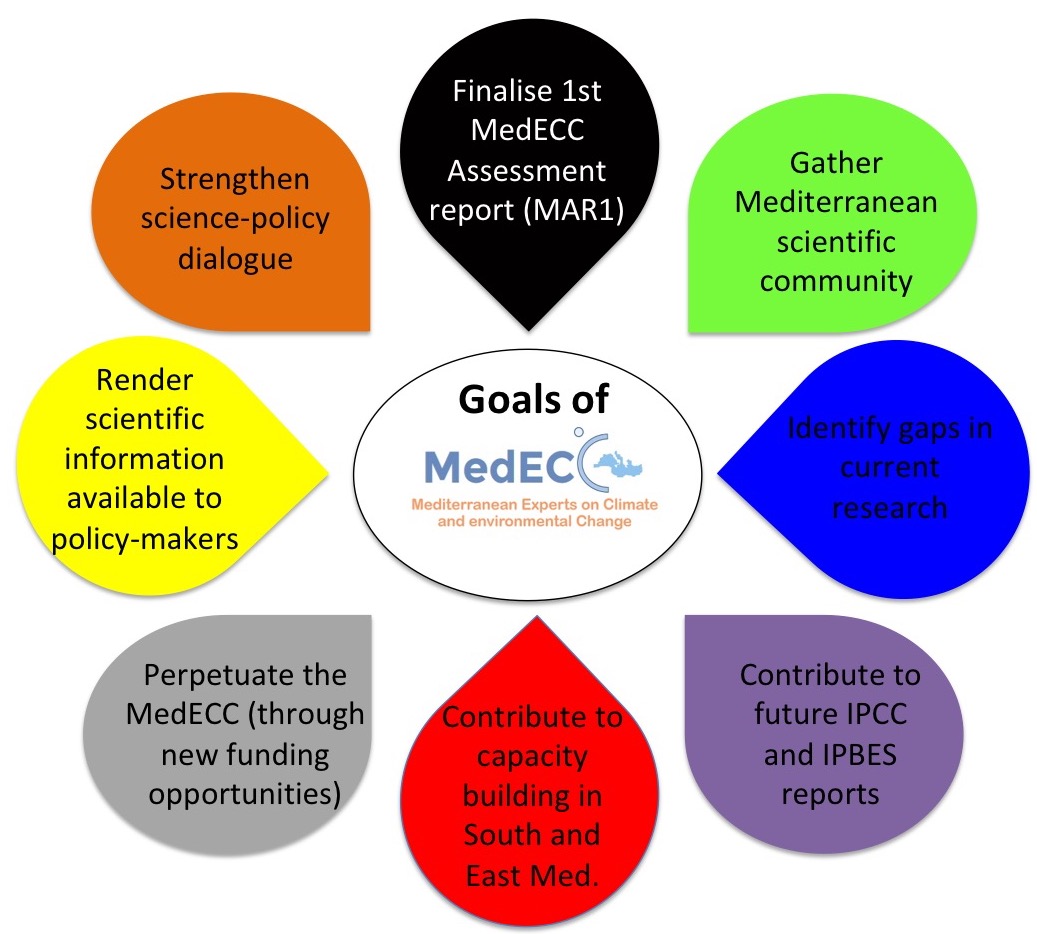 An expert network to support decision-making

MedECC is a network of scientists working towards a regional science-policy interface for climatic and other environmental changes across the Mediterranean. MedECC prepares an improved assessments and a comprehensive synthesis of global change knowledge in the Mediterranean region. This initiative meets a number of existing intentions by important stakeholders, such as the Mediterranean Strategy for Sustainable Development (MSSD 2016-2025), the Regional Climate Change Adaptation Framework for the Mediterranean Marine and Coastal Areas (UNEP/MAP), as well as the proposal included in the ‘Agenda of Positive Solutions’ approved at MEDCOP21.

Its thematic scope includes all aspects of climate change and biodiversity conservation, embracing the domains of the IPCC and also IPBES (Intergovernmental Platform on Biodiversity and Ecosystem Services). These include the physical and chemical characteristics of the atmosphere and the ocean, all aspects of natural and human systems potentially impacted by the changing environment, and the economic and social solutions in the form of adaptation and mitigation.

The work is fully oriented towards the highest possible scientific standards, with full participation of experts from all involved regions and required scientific disciplines. Appropriate interaction with public and private decision-makers and stakeholders will be developed, through a formally established science-policy interface.

MedECC has set itself the following specific goals: