Home » Who we are » Context

The changing environment in the Mediterranean region 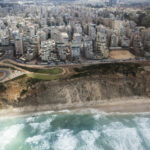 The Mediterranean region is particularly vulnerable because it cumulates environmental risks, including strong warming and drying (up to 6°C by 2100), accelerating sea-level rise (presently 4 mm per year, 80 cm by 2100, possibly more), rapid urbanization, increasing pollution of the air and the water, and the impacts of mass tourism. Ecosystems suffer from land degradation including the loss of half of the wetlands, overfishing (20% of fish species at risk of extinction by 2050), non-sustainable agriculture, wildfires (burnt area may double by 2100) and the invasion of non-indigenous species (‘tropicalization’). These factors strongly impact water resources, biodiversity on land and in the ocean, human health and security, with the most severe consequences for the South and the East.  The Mediterranean Basin and its people are under imminent threat of damages due to changing climate, increasing pollution and the degradation of the land and the ocean.

There is substantial scientific knowledge on climate and environmental change in the Mediterranean and research has been intensified in the recent years through numerous small studies but also several large collaborative projects (MISTRALS, MedCLIVAR, CIRCE or Med-Cordex). However, the results of this research remain often not easily accessible to policymakers. 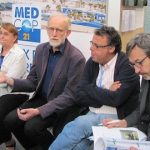 In 2015 a group of Mediterranean scientists concluded that a comprehensive synthesis and assessment of recent trends for the region, likely future development and the consequences of environmental change for natural systems, the economy, and the human well-being, was still lacking. This conclusion motivated the creation of the MedECC as the independent network of scientists working on the issues of climate and environmental change in the Mediterranean with the objective to consolidate the existing knowledge and render it available to policymakers and citizens.

Regional political frameworks on these issues exist. The Mediterranean Action Plan (MAP), developed under the auspices of United Nations Environment Programme (UNEP) was adopted four decades ago in 1975, as the institutional framework for cooperation in addressing common challenges of marine environmental degradation. Under this framework, the Convention for the Protection of the Marine Environment and the Coastal Region of the Mediterranean (Barcelona Convention) and its seven protocols brings together the 21 Mediterranean riparian countries and the European Union, as Contracting Parties to the Barcelona Convention. The MAP-Barcelona Convention system is a legally-binding set of instruments, policies and action plans for addressing common issues and challenges of environmental degradation and protecting marine and coastal ecosystems of the Mediterranean Sea. 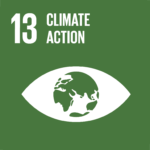 MedECC materializes a regional Flagship Initiative of the Mediterranean Strategy for Sustainable Development (MSSD) 2016-2025, that identifies, under the Objective 4 “Addressing Climate Change as a Priority Issue for the Mediterranean”, the establishment of “a regional science-policy interface mechanism (…) with a view to preparing consolidated regional scientific assessments and guidance on climate change trends, impacts and adaptation and mitigation options”. This objective feeds into the Sustainable Development Goals (SDGs) 13 “Climate Action”.

The need of robust science-policy interfaces in the Mediterranean has also been stated in the Regional Climate Change Adaptation Framework for the Mediterranean Marine and Coastal Areas (UNEP/MAP) approved by the Contracting Parties to the Barcelona Convention in 2016.

During the first Union for the Mediterranean Ministerial Meeting on Environment and Climate Change in May 2014 in Athens (Greece) in theirs declarations the ministers expressed the need for a Mediterranean regional vulnerability assessment regarding climate change impacts.

2015 – MedECC is launched as a volunteer initiative by scientists

2018 – MedECC Scientific Secretariat hosted by Plan Bleu is created thanks to the funding from the Union for the Mediterranean (with the support from the Swedish International Development Cooperation Agency, SIDA) and from Plan Bleu