Thee association leads the Regional Group of Experts on Climate in the “South Region” of France (Région Sud – Provence-Alpes-Cote d’Azur), GREC-SUD, which aims to centralize, transcribe and share scientific knowledge on climate and climate change in the region. The priority objective of the group is to inform decision makers (elected representatives, local authorities) of the territory, so that scientific results are considered in public policies. Eight thematic booklets on climate change in the region have been published so far. 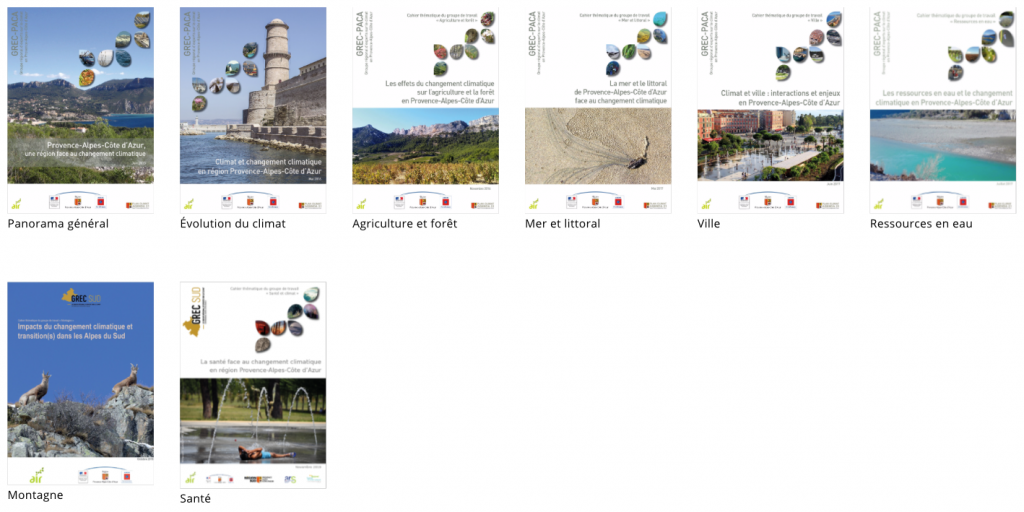 The associatian RECO has been created March 2019. Its main objective is to bring together knowledge, initiatives and networks on climate change across the Occitania region (France) in order to inform decisions on the implementation of adaptation strategies and local actions based on on three missions: i) support the transfer of knowledge, ii) provide an interface role, iii) maintain support for local decision-making. The publication of the 1st Regional Booklet on the Climate Change in Occitania (1er Cahier Régional Occitanie sur les Changements Climatiques, CROCC_2021) is planned tin autumn 2021 (more information).

The Advisory Council for Sustainable Development of Catalonia of the Government of Catalonia (CADS) is the advisory body on sustainability of the Catalan Government, whose main aim is to be an effective and successful interface between scientists, policy-makers and stakeholders. The council is an active member of the European Environment and Sustainable Development Advisory Councils (EEAC), a network of advisory bodies established by national or regional governments or parliaments. Since 2005, CADS has overseen the elaboration of the periodic Report on Climate Change in Catalonia. The 3rd edition was published in September 2016 and involved 150 experts and more than 40 reviewers. It is available in Catalan, Spanish (Castilian) and English.  A 4th edition is under preparation.