Third Report about the Climatic Change in Catalonia (TICCC)

The Government presented the Third Report on Climate Change in Catalonia (TICCC) in the auditorium of the Palau de la Generalitat, coordinated by Dr Javier Martin Vide, Professor of Physical Geography at the University of Barcelona.

The TICCC contains a comprehensive compilation of the scientific research that exists on this topic in Catalonia, a result of the participation of 140 authors and 40 reviewers from the main universities and research centres in the country. In this regard, the TICCC aims to facilitate thorough knowledge transfer, with a strong scientific basis, to those responsible for making decisions.

With a clear commitment to public service and an independent nature from a scientific point of view, the document describes the main evidence of climate change in Catalonia and formulates strategic recommendations, developed by the authors of the various chapters, to reduce emissions of greenhouse gases and adapt the natural and human systems to the effects of climate change. 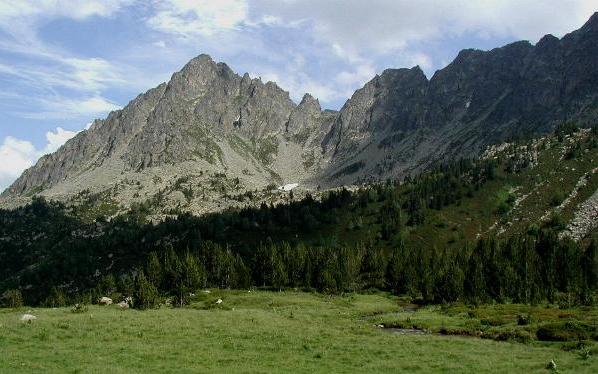 Mountains in the Catalan Pyrenees (Llívia). The Pyrenees it will be one of the more affected zones.

The evolution of climate change and its effects on our country

According to the TICCC, Catalonia will experience a temperature increase of 0.8°C this decade and an increase of 1.4°C by 2050 (compared to the same period 1971-2000), and a possible reduction in precipitation by the mid XXI century.

Moreover, all climate scenarios point to an increase in extreme temperatures, heat waves, as well as tropical nights (especially in coastal and pre-coastal areas), hot nights and days, and the duration of dry spells. There is also evidence of an increase in the frequency and torrential nature of days with heavy rainfall.

As regards ecosystems, their resilience, function and structure may be overcome, thereby affecting the provision of the services they offer us that are essential to the functioning of the economy and society of Catalonia.

At the same time, the day to day life of Catalonians may be affected with the worsening of the effects of air pollution due to the temperature increase, among other impacts. The report also highlights significant impacts on the coastline (with effects, among others, on tourism and the port and urban infrastructures) and stresses how the increase in the air temperature, the progressive reduction in rainfall, along with an increase in its irregularity are worrying factors that directly affect the Catalonian agricultural system.

The document is an excellent reference with regards to the regionalisation of the analyses and projections on global warming made at a global and European level for institutions such as the Intergovernmental Panel on Climate Change (IPCC) or the European Environment Agency. Catalonia was pioneering in this effort for regionalisation with the promotion in 2005 of the First Report on Climate Change in Catalonia (the second edition of which was published in 2010).

Executive summary of the Third Report « Climate Change in Catalonia »

This summary has been prepared by three science journalists and the content has been validated by more than 140 authors of the original report. We hope this initiative will facilitate the dissemination of research on climate change among political stakeholders and civil society.
Download the executive summary :

This new study conducted a policy analysis to evaluate urban adaptation justice in responding to climate change impacts in İstanbul, Türkiye. Results show there is