Pastures and wood-pastures, livestock grazing systems where scattered trees and shrubs co-occur, are essential for global food supply. The grazing value of these systems, which is closely related to soil moisture, is increasingly threatened by changes in climate variability and vegetation structure, mainly by shrub encroachment. However, it remains relatively unexplored to what extent the concurrent effect of climate change and shrub encroachment will affect the exposure to drought stress of Mediterranean wood-pastures — defined as a period where soil water availability drops below 40%. Here we combined soil moisture measurements and a process-based water balance model to assess the effect of shrubs, a shallow- and a deep-rooted, on soil moisture under current (2009–2012) and future weather (i.e. RCP4.5 and RCP8.5). Soil moisture was measured and predicted in six sites, three for each type of shrub, where two adjacent plots were selected, a control and an encroached plot. During 2009–2012, encroached plots had more extended droughts (29 and 48 days longer in sites encroached with shallow- and deep-rooted shrubs, respectively) and higher usage of deep water (~30%) than control plots. Under future climatic projections, our results show a consistent increase in the duration, an earlier onset of drought and higher reliance on shallow water with time, particularly under the worst climatic scenario. Encroached plots showed higher inter-annual variability than control plots, particularly in plots encroached with the deep-rooted shrub. Our results indicate that the presence of shrubs magnify the effect of climate. This suggests a likely increase in the exposure of Mediterranean wood-pastures to drought if processes of shrub encroachment persist in a context of climatic changes where earlier and more prolonged droughts will become more frequent. 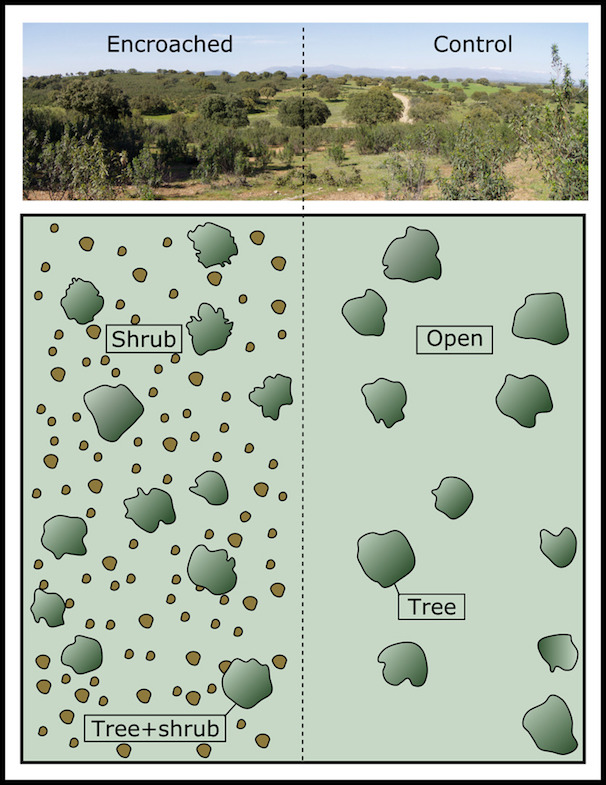 Pyrenees Glaciers Will Disappear Within 20 Years