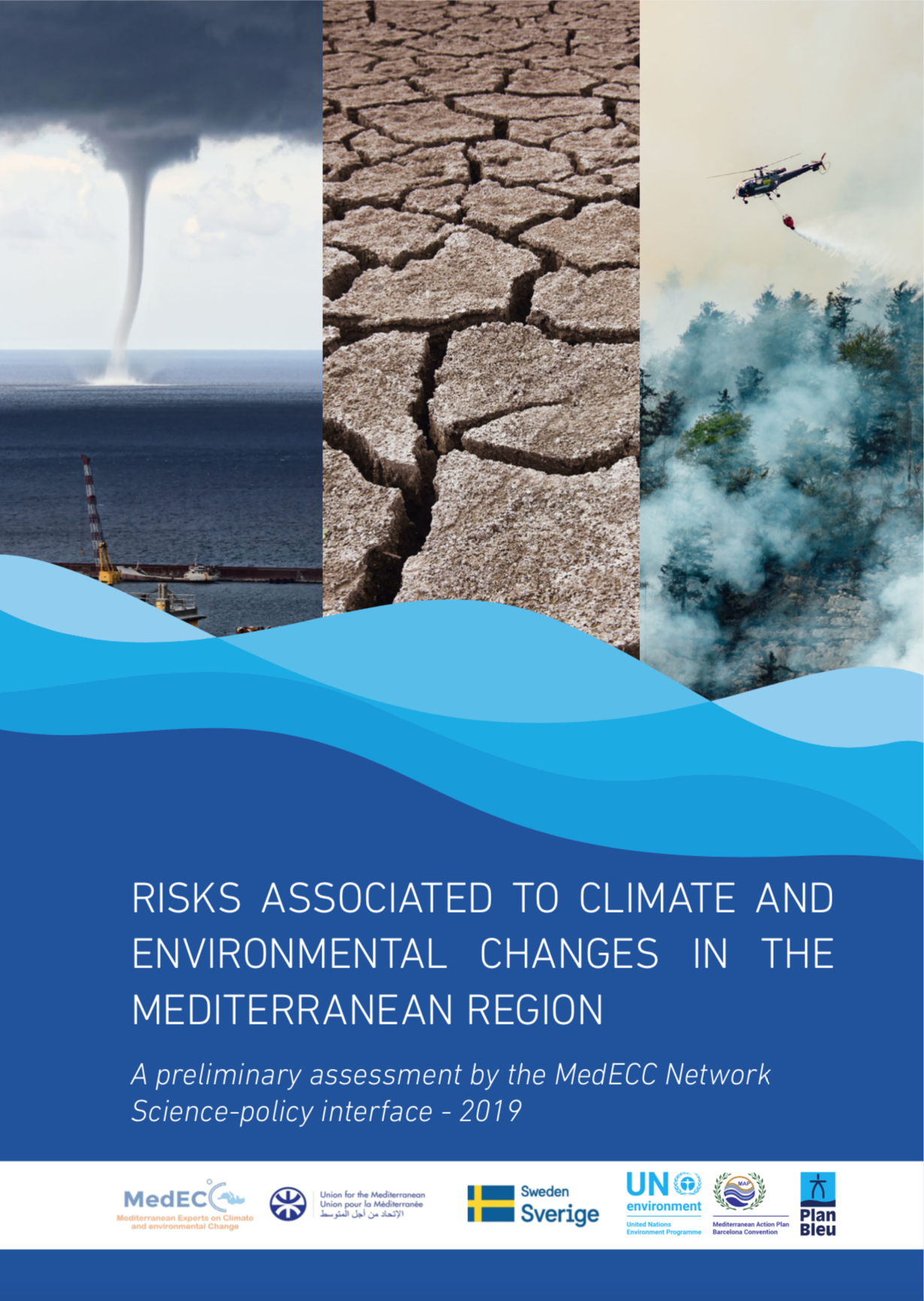 Recent accelerated climate change has exacerbated existing environmental problems in the Mediterranean Basin that are caused by the combination of changes in land use, increasing pollution and declining biodiversity. In most impact domains (such as water, ecosystems, food, health and security), current change and future scenarios consistently point to significant and increasing risks during the coming decades. Policies for the sustainable development of Mediterranean countries need to mitigate these risks and consider adaptation options, but currently lack adequate information — particularly for the most vulnerable southern Mediterranean societies, where fewer systematic observations schemes and impact models are based. A dedicated effort to synthesize existing scientific knowledge across disciplines is underway and aims to provide a better understanding of the combined risks posed. This effort has been undertaken by the network of Mediterranean Experts on Climate and Environmental Change (MedECC) supported by the Union for the Mediterranean and Plan Bleu (UN Environment/MAP Regional Activity Center).

This document has been developed by W. Cramer (IMBE, CNRS; MedECC), J. Guiot (CEREGE, CNRS; MedECC) and K. Marini (MedECC). It is to a large extent based on :

The report also includes results of discussions among MedECC scientists during workshops and meetings, which have taken place since 2016. It has been prepared in collaboration with Arnault Graves (UfM Secretariat) and Elen Lemaître-Curri (Plan Bleu Regional Activity Centre, UNEP/MAP). The graphical design has been done by UfM Secretariat.

The main results of this preliminary assessment reveal that:

Report “The Challenges of Climate Change in the Mediterranean” (in French)