Droughts are among the costliest natural disasters. They affect wide regions and large numbers of people worldwide by tampering with water availability and agricultural production. In this research, soil moisture drought trends are assessed for Europe using the Soil Moisture Index (SMI) estimated on Joint UK Land Environment Simulator simulations under two Representative Concentration Pathways, the RCP 2.6 and RCP 6.0 scenarios. Results show that SMI drought conditions are expected to exacerbate in Europe with substantial differences among regions. Eastern Europe and Mediterranean regions are found to be the most affected. Spatially and temporally contiguous regions that exhibit SMI of Severe and Extreme index categories are identified as distinct drought events and are assessed for their characteristics. It is shown that even under strong emissions mitigation, these events are expected to increase in occurrence (22% to 123%), while their characteristics will become more unfavorable. Results indicate increase in their spatial extend (between 23% and 46%) and their duration (between 16% and 48%) depending on the period and the scenario. Additional analysis was performed for the exceptionally wide-area (over 106 km2) severe and extreme soil moisture drought events that are expected to drastically increase comparing to the recent past. Projections show that those events are expected to happen between 11 and 28 times more frequently depending on the scenario and the period with a 59% to 246% larger duration. These findings indicate that even applying strong mitigation measures, agricultural drought risk in Europe is expected to become higher than our present experience. 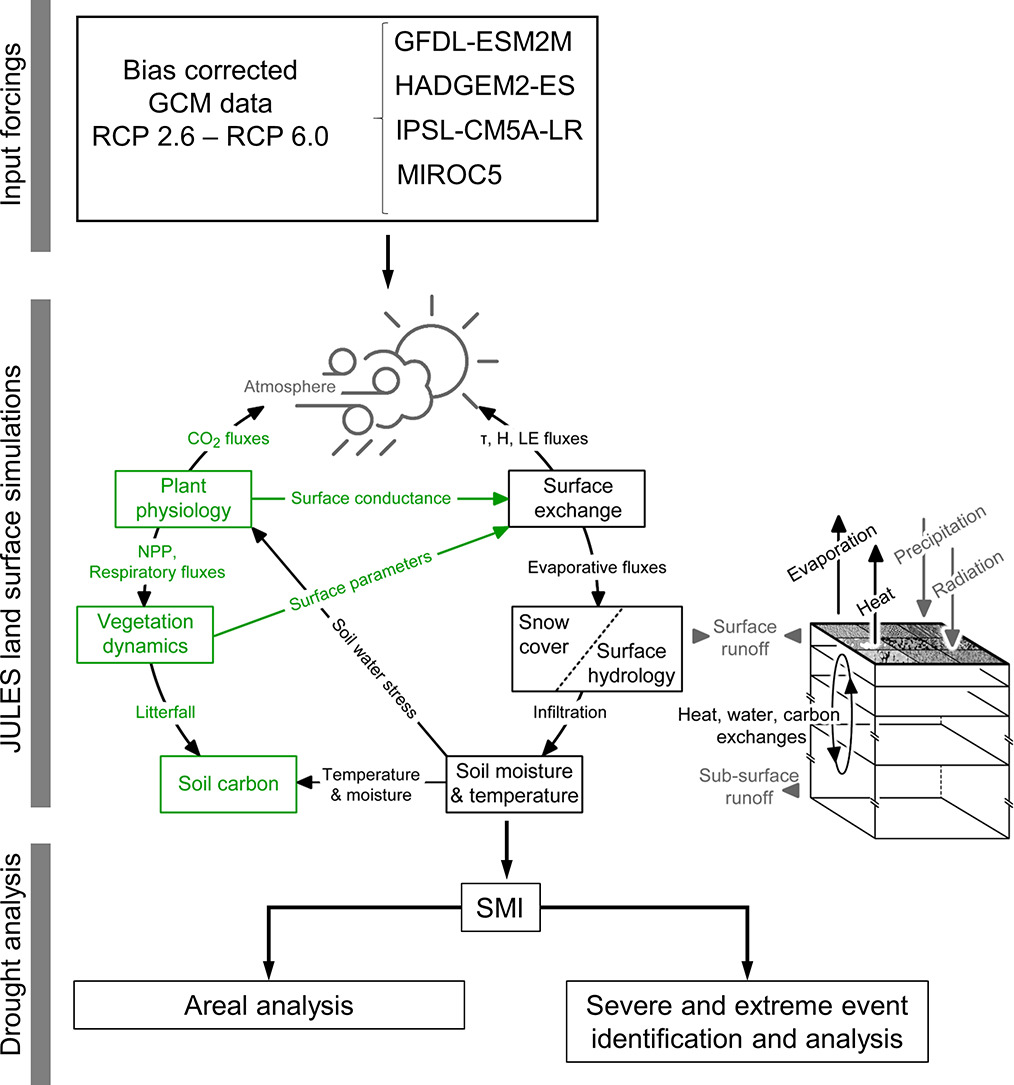