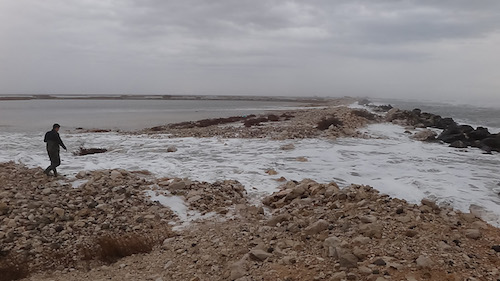 Accelerating environmental changes in the Mediterranean Basin cause increasing risks to people and nature: a new synthesis

Recent climate change has stronger impacts on the Mediterranean Basin than before, causing additional concerns in an environment also affected by other problems such as land use change (urbanization, intensified agriculture), pollution and declining biodiversity. A recent synthesis, published in Nature Climate Change by several MedECC researchers, addresses future risks associated with these changes.

A network of scientists has undertaken the first synthesis of multiple changes in the environment that impact the livelihoods of people in the entire Mediterranean Basin. In this region, average temperatures have already risen by 1.4°C since the pre-industrial era, 0.4°C more than the global average. During the last two decades, sea level has risen by 6 cm and sea water acidity has significantly increased. Even if future global warming is limited to 2°C, as prescribed by the Paris Agreement, summer rainfall is at risk to be reduced by 10 to 30% in some regions, thereby enhancing existing water shortages and causing loss in agricultural productivity, particularly in southern countries. To satisfy agricultural water needs, irrigation would instead have to be increased by 4-22% to compensate for the growing human population. This demand will be in conflict with other uses (drinking water, tourism, industry). Combined with the ongoing switch to more animal-based food production, Southern countries are at risk to increase their dependence on trade. Also for fisheries, risks are due to a combination of forcings, besides climate change and acidification, overfishing being a key problem.

Global loss of ice volume in Antarctica, Greenland and many mountain areas causes accelerated sea level rise, higher than recent estimates. This rise directly affects the Mediterranean where a large part of the population lives very close to the coast and would be affected by storm surges. Intrusion of salt water impacts agricultural soils in many areas, such as the Nile Delta. Public health is impacted by multiple trends of change, through heat waves and pollution (cardio-vascular or respiratory diseases), and also through disease vectors (West Nile virus, Dengue, Chikungunya) increasing their distribution. In politically unstable countries, environmental change is an increasingly relevant factor for socio-economic risks, due to famines, migration and conflict.

To facilitate decision-making in the face of these risks, a scientific synthesis of current knowledge is needed, covering all relevant disciplines, sectors and subregions. The recent assessment reports of the Intergovernmental Panel on Climate Change (IPCC) and the Intergovernmental Science Policy Platform on Biodiversity and Ecosystem Services (IPBES) provide useful knowledge but they have not permitted an integrated view on the Mediterranean Basin. Therefore, the MedECC (Mediterranean Experts on Climate and Environmental Change) network has been established, currently involving 400 scientific experts, supported by government agencies and other partners. The goal of MedECC is to produce a full synthesis of risks and present it to decision makers for debate and approval.