Abstract
The link between climate change and conflict has been discussed intensively in academic literature during the past decade. This review aims to provide a clearer picture of what the research community currently has to say with regard to this nexus. It finds that the literature has not detected a robust and general effect linking climate to conflict onset. Substantial agreement exists that climatic changes contribute to conflict under some conditions and through certain pathways. In particular, the literature shows that climatic conditions breed conflict in fertile grounds: in regions dependent on agriculture and in combination and interaction with other socioeconomic and political factors such as a low level of economic development and political marginalization. Future research should continue to investigate how climatic changes interact with and/or are conditioned by socioeconomic, political, and demographic settings to cause conflict and uncover the causal mechanisms that link these two phenomena. 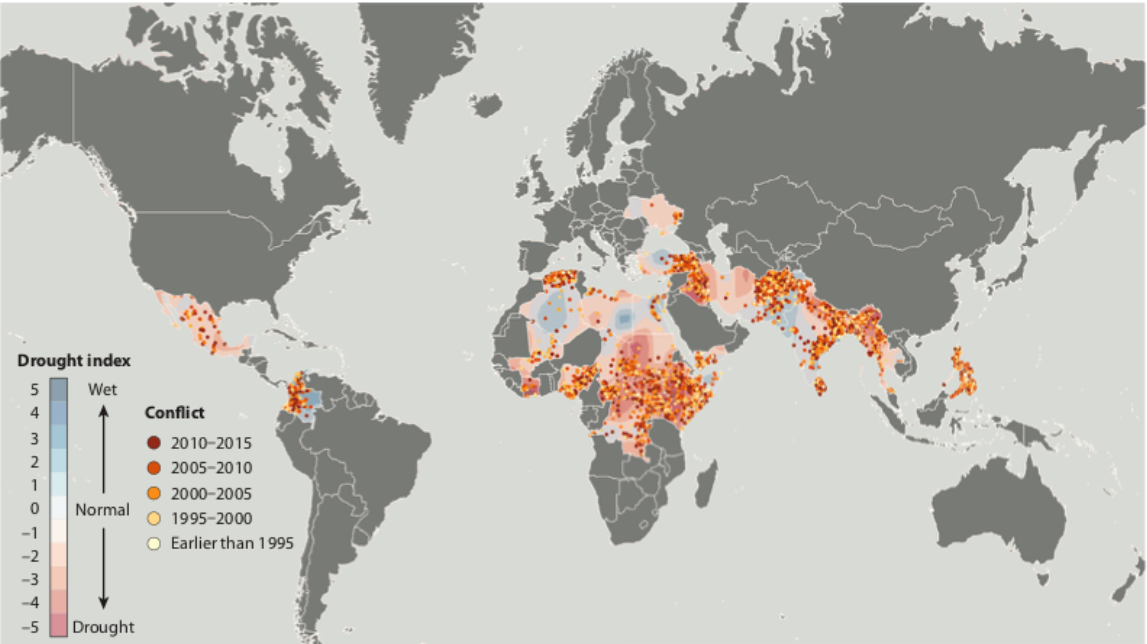