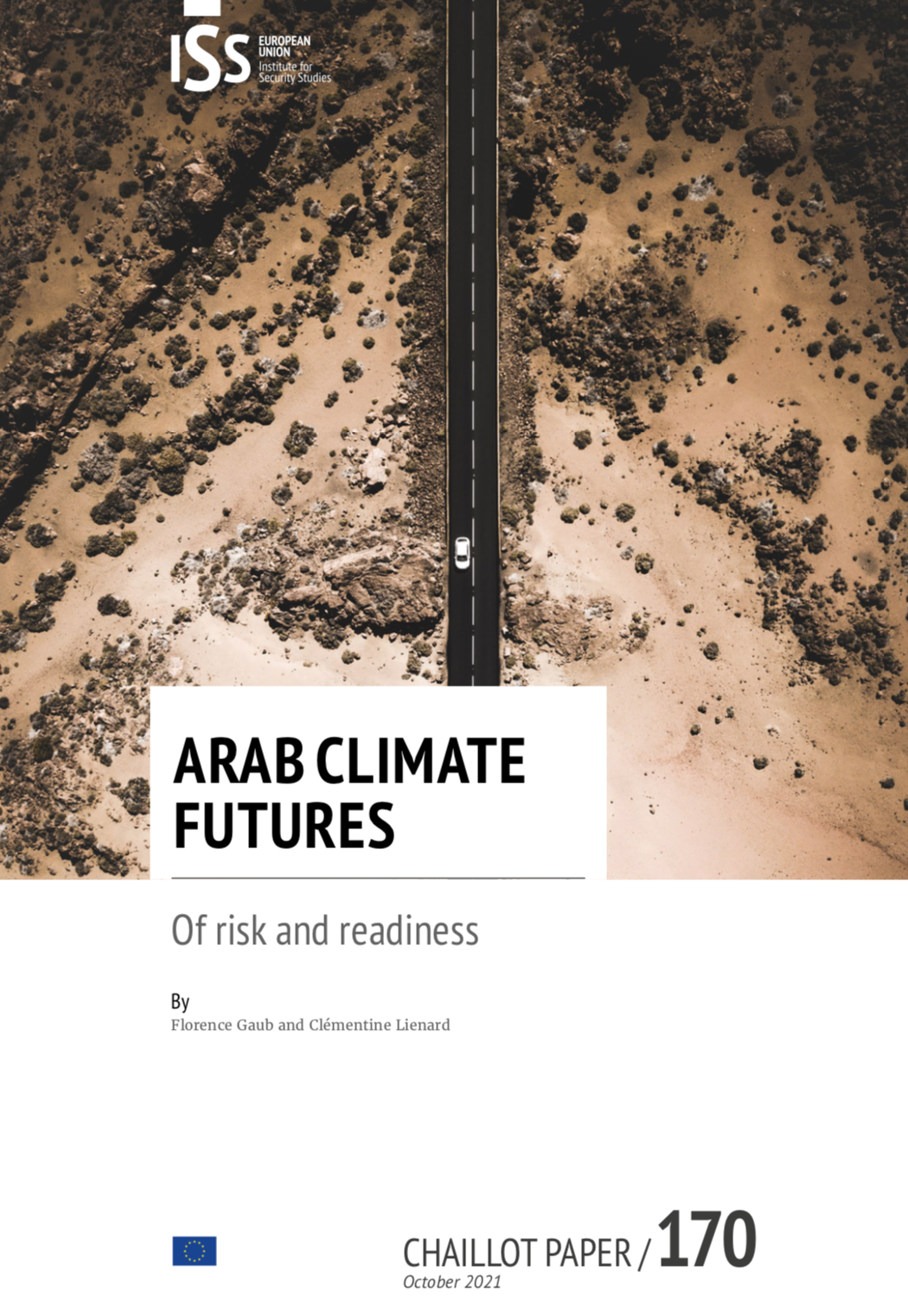 Climate change in the Middle East and North Africa is a story of injustice and paradox. Injustice because while the region has contributed a mere 3 % of total global CO2 emissions over the past century and a half, it will be severely impacted by its effects. Paradoxical because although the alarm was raised already several decades ago that the region is at risk from the fallout of climate change, public awareness and policy responses have been even slower to emerge than elsewhere.

Although recent developments have contributed to a growing insight that climate change is not ‘just’ an environmental affair, it still ranks below the many other challenges the region is grappling with, particularly economic and security issues.

This Chaillot Paper shows that successfully tackling this phenomenon will depend on decisions taken both in the region and outside. Assisting the Arab world in meeting the challenges posed by climate change will be a matter of strategic importance for Europe: not only because unmanaged risks will produce violent conflict and waves of migration, but also because other geopolitical players are beginning to exploit the vulnerabilities of the region for their own purposes.