The Secretariat of the Union for the Mediterranean and its partners (UN Environment Mediterranean Action Plan through Plan Bleu Regional Activity Centre and MedECC, the network of Mediterranean Experts on Climate and Environmental Change) organized during the UNFCCC (United Nations Framework Convention for Climate Change) COP 24  (Conference of the Parties) in Katowice, Poland a side event “A science-policy interface on risks of climate and environmental change in the Mediterranean region” . It was held on Thursday 13 December from 10h to 12h, at the Moroccan Pavilion with the participation of three members of the MedECC Steering Committee: Joel Guiot (MedECC Coordinator; Air-Climat, CNRS, France), Maria Snoussi (Mohamed V University, Morocco) and Manfred Lange (The Cyprus Institute).

This side-event gave the opportunity for scientists and stakeholders to discuss the main vulnerabilities of the Mediterranean region and its resilience to change. During this side-event the MedECC booklet on climate and environmental change issues for the Mediterranean region and the way in which the scientists in association with the decision-makers address them was distributed.

Moreover, the MedECC coordinator, Joël Guiot (Air-Climat, CNRS, France) presented “The role of MedECC as an essential scientific platform for informing all relevant stakeholders” during the side event “Socio-Economic intricacies related to Climate Change Towards an EU-Med research agenda and actions” organised by the Union for the Mediterranean, Institut de la Méditerranée, FEMISE and ENERGIES 2050. Download the programme 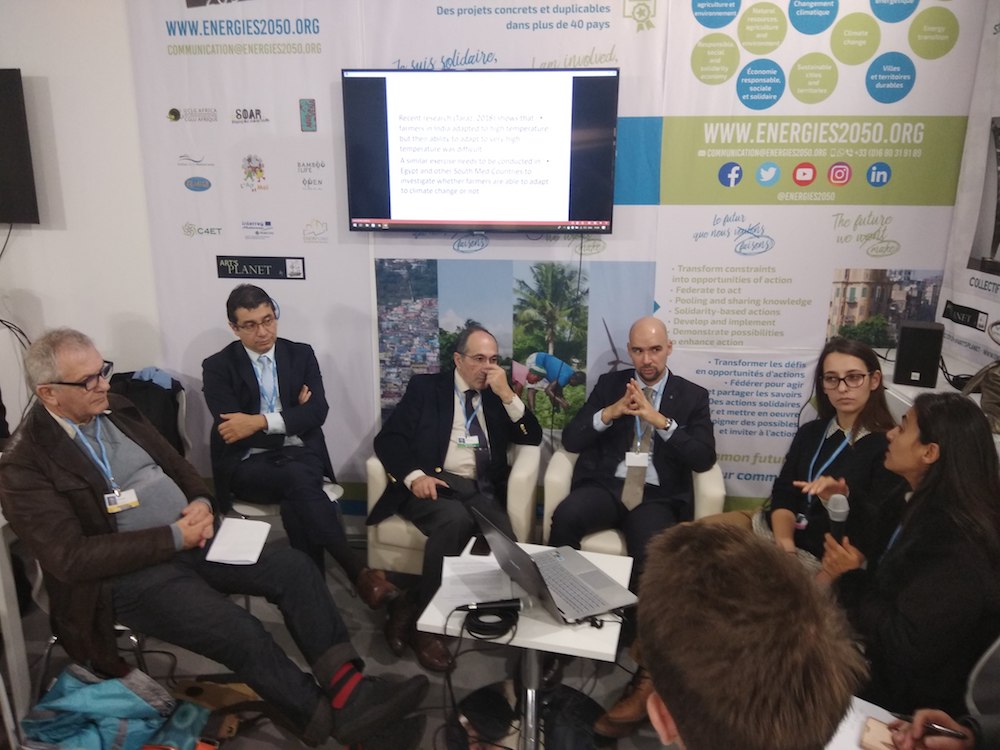 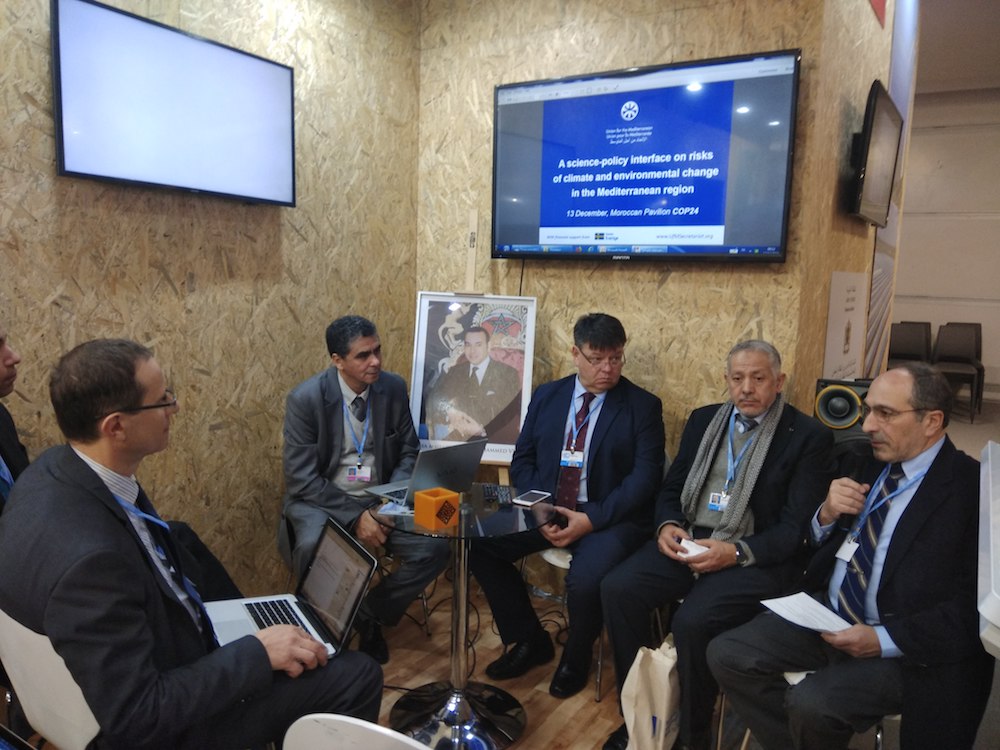 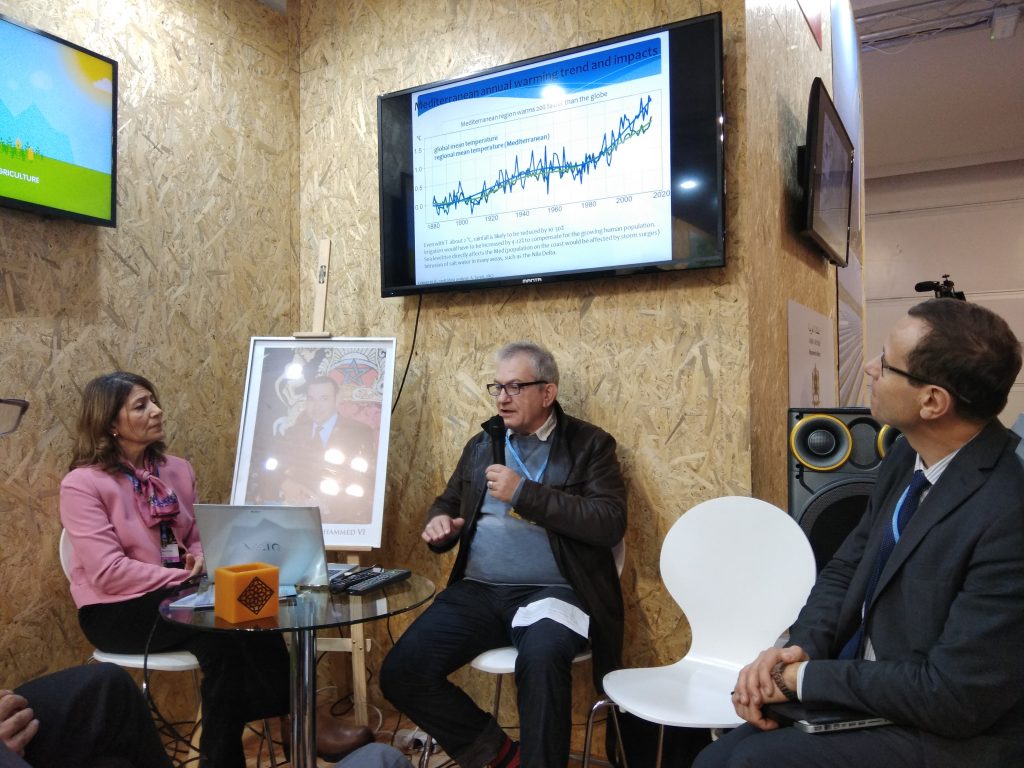 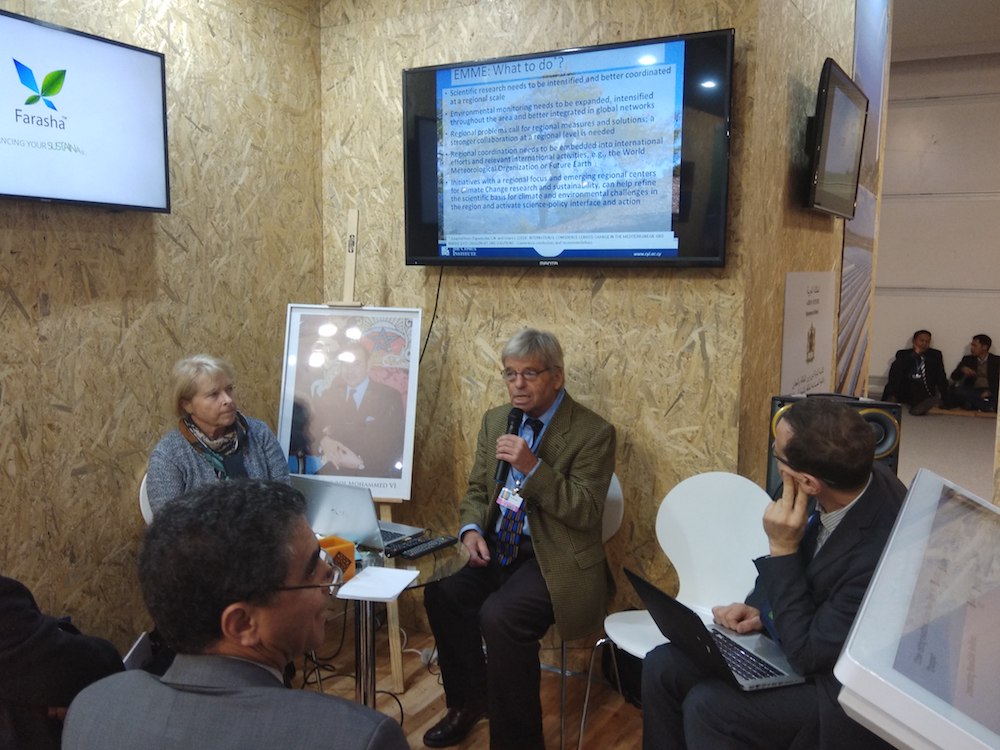 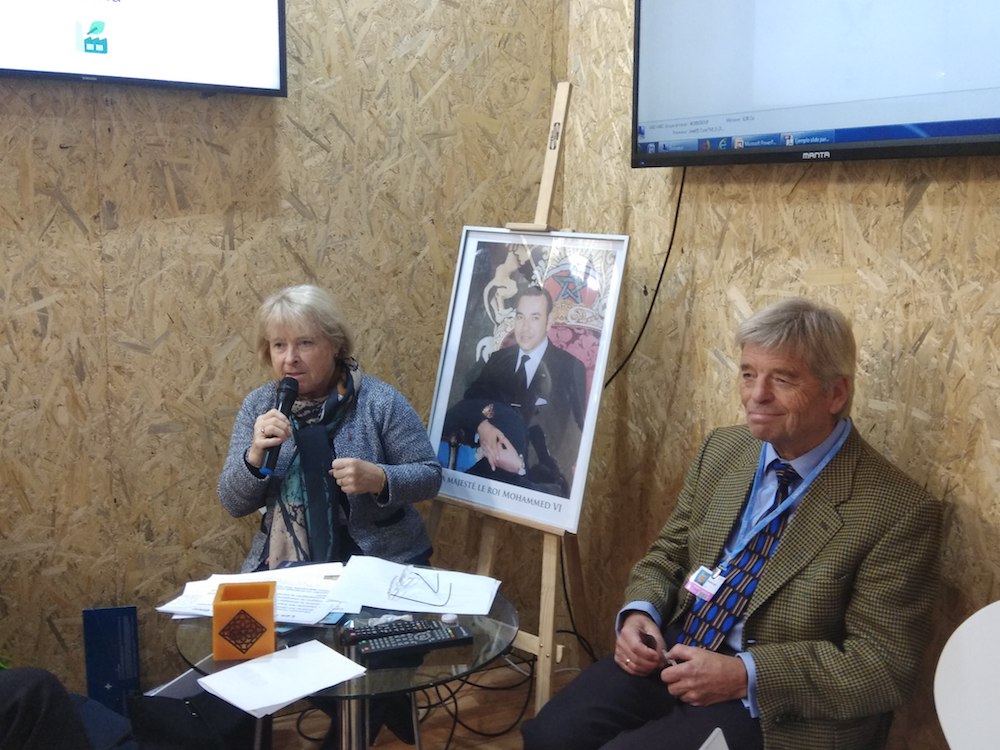 “Climate Change in the Mediterranean and the Middle East…”, Nicosia, Cyprus