Tangier hosted during two days, 18 and 19 July 2016, MedCOP Climate 2016. This meeting was held three months before 22nd Conference of the Parties (COP 22) of the United Nations Framework Convention on Climate Change (UNFCCC), in Marrakesh in November 2016.

Almost one thousand people participated to MedCOP Climate 2016, including representatives of the civil society, the private sector, the academic world, the administration and the local authorities of the counties bordering the Mediterranean. The prince Moulay Rachid, representative of the king Mohammed VI, chaired the opening ceremony. The Royal message was addressed to participants, according to which the MedCOP in Tangier gives to the actors of the region the opportunity to coordinate their position on the implementation of the Paris Agreements.

The program was rich, including conferences, 6 main debates, 10 operational workshops, meetings, main events, side events of partners, « Medina of Solutions »…

The Aix-Marseille University and the French National Center for Scientific Research (CNRS), in collaboration with the Regional Observatory for Environment and Sustainable Development (OREDD, Tangier), the Authorities of Marseille, the Palestine Academy for Science and Technology and the Universities of Rabat and Tangier participated in the Main Event « Science and Society » (GE2). Different speakers have all insisted on the need to elaborate the mechanism of the operational interface in order to facilitate exchanges among researchers, stakeholders, as well as all components of the civil society. MedECC (the network of Mediterranean Experts on Climate and Environmental Change), its vision and its objectives have been presented. As this network is already supported by a number of organisms, it could represent an appropriate interface. It is important to underline that the Royal letter mentioned that « the MedCOP in Tangier is the privileged moment to give a decisive boost to the key projects, such as creation of the group of experts on global climate change in the Mediterranean,… ». 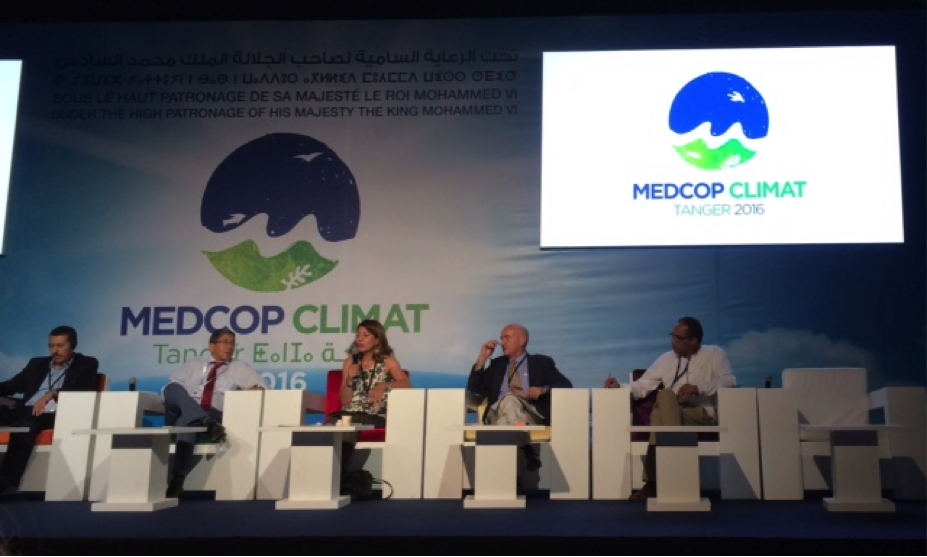 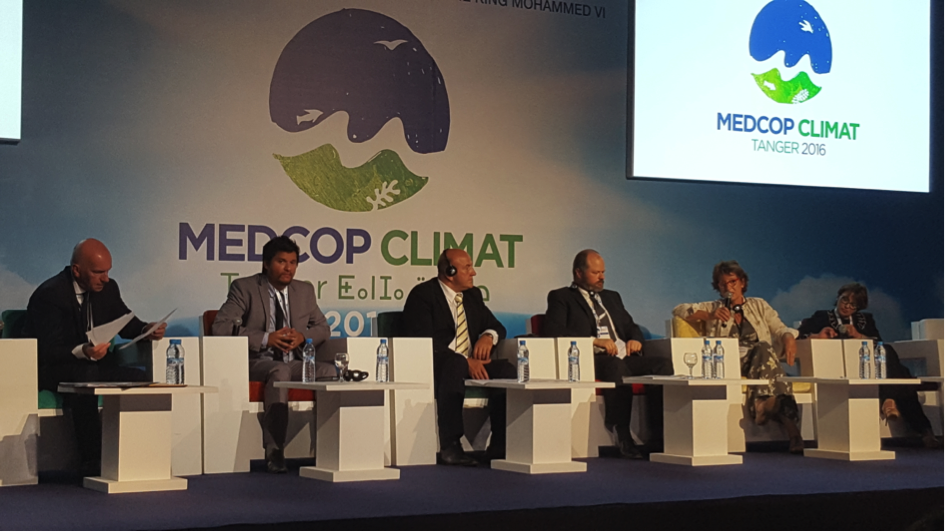 During the first main debate « Mediterranean commitments, confronted to implementation challenges » Moroccan Minister of Environment together with the Anne-France Didier, the director of Plan Bleu, insisted on the need to reinforce the dialogue « science – society – decision », as it is recommended in the Mediterranean Strategy for Sustainable Development (MSSD 2016-2025) in its « Objective 4 » concerning climate.

It should be recalled that MedECC network was one of the main initiatives recommended in the Agenda of Solutions of MedCOP21, which took place in July 2015 in Marseille, France.

“Climate Change in the Mediterranean and the Middle East…”, Nicosia, Cyprus